A recent Foreign Policy article argued against holding the Sykes-Picot agreement accountable for the current turmoil in the Middle East. While the author may have gone too far in absolving the treaty and its signatories from all blame, it is certainly true that the borders this document ultimately helped develop are hardly the only culprit behind the region’s instability. The use of Sykes-Picot as a scapegoat has created a much more dangerous notion; it has opened the call for redrawn borders to build new mono-nationalist states on the European model. Ironically, an attempt to expunge the Sykes-Picot legacy would only continue the historical Western impulse to meddle in Middle Eastern affairs.

Europe’s policy mindset towards the Muslim world has almost invariably been a variation of “divide and conquer” since Napoleon’s initial invasion of Egypt. The prominent historian Bernard Lewis has argued that the Napoleonic campaigns in Egypt and Syria demonstrated to later generations that even a small European force could conquer and rule Muslim lands, and that said power could only be unseated by another European country. While the Arab theorist Edward Said famously criticized Lewis’ Orientalist perspective, the effect of European political treaties on the geopolitical landscape of the Middle East is undeniable. From Anglo-Russian entente of 1907 for the control of Persia and Afghanistan, the Sykes-Picot agreement and subsequent redrawing of post-Ottoman borders after the First World War, or the subsequent influence of Europe through mandates and colonization, European powers have been attempting to reshape the Middle East in their own image for over a century.

The post-World War II American involvement focused on support to key regional powers for strategic goals: Israel, Turkey, Saudi Arabia, Iran, and Egypt. In comparison, European powers have consistently attempted to introduce the idea of “modernity” to the Muslim world since the mid-nineteenth century. This involvement focused on substituting the Middle East’s communal identities with the concept of individual citizenship based on the French state model. Yet the two regions had fundamentally different historical structures of governance. The Ottoman Empire’s millet system based territorial governance on religious communal leadership and strategic multiethnic districts, where “nations”, were based on religious identity, while the Christian European world structured itself into mono-ethnic states based on ethnic identity. But the mono-ethnic model was the one supported through Western-backed Middle Eastern dictatorships, which continue to maintain the European model nation states.

Yet the mono-ethnic model is becoming increasingly irrelevant not only in the Middle East, but also within the European Union, where new multicultural societies are slowly building out of necessity. Strong and inclusive institutions of centralized states needed to support substantive democracy and development in modern times are not obliged to follow the historical European model of the nation state – individual citizenship necessarily based on shared ethnicity and shared language. Since today nation states are increasingly facing encroachment of non-state or transnational actors on their physical and metaphorical borders, policy makers in both in Europe and in the Middle East should turn to alternative formations of state building, based on inclusive plurality.

Almost all countries are ethnically and religiously diverse, with the partial exceptions of North and South Korea, Japan, and some central European countries. It is true that in some countries—such as the former Yugoslavia, Rwanda or Syria—political elites have used ethnic and religious identities to fuel conflict. Yet in countries like Canada or Indonesia, these differences have been accepted and protected through a fundamental promotion of pluralism and tolerance as the basis for national democratic developments.

In the Middle East, the multiculturalism and multi-nationalism of past centuries could remain a reality in the future if reimagined to match with the contemporary complexities of identity. Mono-national states in the region remain significant—Israel strives to become such a nation, Turkey aspires to remain one, and current negotiations in Syria appear aimed at a similar intent—but even the most homogenous state will face building limitations in its homogeneity in this increasingly globalized world. A nation that cannot reflect its domestic pluralism in its politics will end up expending energy attempting to maintain its power and resisting the creative potential of diversity for technological innovation and societal development. These countries will also be limited in their ability to attract the variety of benefits of a global community, from international corporations to political and cultural exchanges.

At the heart of globalization lies diversity, which combats isolation. New types of multinational states could be the best solution to ensure the prolongation of the state structure in itself. Though it should not be constituted as an “institutionalized” or a “multiconfessional” multiculturalism (as exists in Lebanon.) Rather, it should be established as an “integrated” diversity, such as Turkey might develop if its power structure recognized the potential strength of incorporating its Kurdish population’s identity to that of the nation as a whole. It is this model that European countries should promote, not through direct pressure but through their own participation in the globalized system and encouragement of locally-driven attempts at state-level pluralism.

In contrast to Europe’s historical model, the Indonesian model is perhaps a much better example for the Middle East. The Indonesian model demonstrates that an astounding number of different ethnic groups and religions can cohabit in a democracy that still recognizes the country’s majority Muslim identity. It is notable that Indonesia’s success was built on the recognition and acceptance of traditional communal identities. The state is secular not due to a top-down imposition of constructed values of pluralism, but because of its philosophy of Pancasilla built into the foundations of the state itself, which incorporates an acceptance of religious pluralism and belief that religion ought to be an inspiration, rather than an imposition, in politics.

The Middle East has been pluralistic for centuries and can remain so, but European powers must allow the region to acknowledge rather than obscure its plural identities and develop inclusive nations. It seems that instead of encouraging splintering into ethnic nation states, which promises continued border disputes and conflict, pluralism is the best path towards what Europe has often espoused as its reasoning for involving itself in Middle East affairs for the past century: development and democratization.

Maurizio Geri is a PhD Candidate and Research Assistant in International Studies at Old Dominion University. 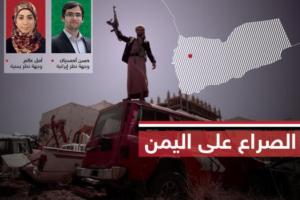 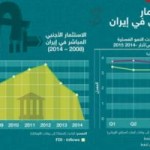 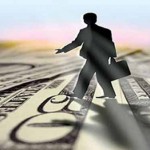 He began d. Abdullah Al-Shayji, chairman of the political science department at Kuwait University previously, and visiting professor at George Washington ... More
admin
Libya: after the military takeover of intractable ?

Despite the progress of the Libyan dialogue obstacles ... More
admin
Libya: after the military takeover of intractable ?

Despite the progress of the Libyan dialogue obstacles encountered in the course of implementation of the agreement in case of final approval, starting ... More
admin
Libya: after the military takeover of intractable ?

Despite the progress of the Libyan dialogue obstacles ... More
admin

Al Jazeera Centre for Studies and the Center of Mauritania for Strategic Studies and Research Saturday systems in Nouakchott scientific symposium discussed ... More
admin
The Role of Elections in a Post Conflict Yemen

Introduction In March 2015, the Kingdom of Saudi Arabia and a coalition of Arab allies initiated a series of air strikes against_Houthi_targets_in_Sana’a___den__and_other_parts ... More
محمود الطاهر
Libya: after the military takeover of intractable ?

Despite the progress of the Libyan dialogue obstacles ... More
admin
Libya: after the military takeover of intractable ?

Despite the progress of the Libyan dialogue obstacles encountered in the course of implementation of the agreement in case of final approval, starting ... More
admin